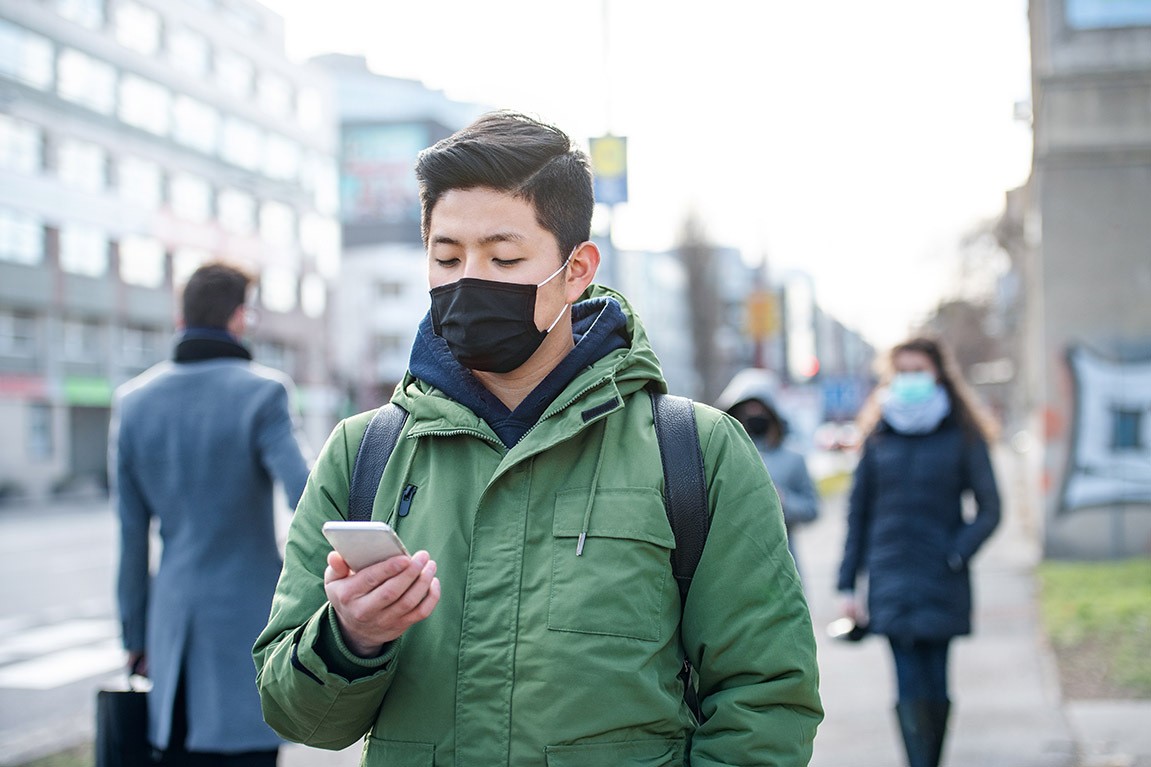 So you’ve dutifully downloaded the NHS Track and Trace app and are no doubt wondering how it works. On the surface, it doesn’t really seem to do much; it just sits there in your pocket, digitally whirring away, occasionally dropping you the odd heart-stopping ping to tell you you’ve been in contact with somebody reporting Covid symptoms, before following it up with a ping to tell you there’s nothing you need to do. Some of you may also have been unfortunate enough to have been told, by the app, to self-isolate as somebody you’ve been in contact with has tested positive. But how does it know this? And should you take it seriously? I was recently interviewed on BBC Radio Nottingham to share my thoughts on the subject and I would like to expand on them here.

How the Track and Trace app works.

Although it doesn’t look like it’s doing much – you certainly can’t book your holiday or buy online goods with it – the app is always working. Digital Contact Tracing uses a low-energy Bluetooth signal to talk to other phones nearby. It works out the proximity of your phone and theirs (and by part assumption and part clever algorithm) based on the signal strength and makes an anonymous record of the contact. If the other person then reports, through the app, a positive test result, it will notify you as well as anybody else with whom the person has been in recent contact. All information collected is anonymous as part of Google’s and Apples privacy policy.

In truth, the app is now as reliable as it’s going to get, though not without some unnecessary delays which I’ll come to in a moment. However, the technology being used is not without its flaws.

Firstly, the app doesn’t know if there’s a wall between you and the other person. This means you can have a neighbour, with whom you’ve never come into contact, test positive and, because you’ve been sat a few feet away from each other but in different flats, you’ll still be told to self-isolate.

And of course, this is new technology which remains largely untested and unproven, so there are likely to be bugs and kinks in the system which will need to be ironed out over time.

All that being said, I do believe that we now have the most effective possible version of the app.

Why are people angry?

We’ve got a working app that does as much as we can reasonably ask from it, so what more do people want? Well, in truth, the app we have now is the app we could have had months ago, were it not for significant and unnecessary delays.

In April it was announced we were going to have a ‘world beating’ track and trace app. However, the project being proposed at the time, although perhaps well-intentioned, was too ambitious and, in all honesty, never going to happen. This was mostly done to the developers foolishly thinking they could bypass the tech giants privacy stance. And when they failed with this, they went cap in hand to ask for a relaxation in their Privacy policy.  Only one winner there :)  All this is even more frustrating, when you consider that both Google and Apple had already done the heavy lifting and provided a suitable framework in which to develop the app and keep within their privacy policy. And let’s not forget, all our European neighbours had used this framework and had an app already in the market potentially saving lives, and not to mention the rumoured £120 million that had been wasted trying to create an app that was never going to work..

In hindsight, the problem was the NHS wanted to be able to track more data than Google and Apple’s privacy policies would allow. The argument is that by harvesting a lot more data, the NHS would be able to dive deeper into how the virus spreads and the context surrounding infection. There is a more cynical view that the additional data harvested would also make the app far more valuable to the developer, but this has been debunked by sources close to the NHS.  However, with a big delay and costly organisational chaos, eventually, the ‘world beating’ version of the app was abandoned, and the backup app, which other countries had months ago, was finally rolled out in the UK during September.

Personally I have always remained doubtful that a track and trace app can even work on a Virus such as Covid 19.  A virus that has a large amount of a-symp-toe-matic cases amongst a population of 68m.  I can see that it could have potentially worked for a disease such as Ebola or SARS outbreaks because these are deadly diseases in concentrated areas and if caught quick enough can stop the spread.  I think once a country like the UK is getting close to 30,000 news cases a day, then the horse has already bolted so to speak, and the virus becomes very hard to contain.  Hopefully once numbers are in the hundreds the app will have a better chance of success.

So, while the app alone was never enough to be the saviour of mankind, I do believe it remains the best use of available technology for this purpose and, combined with rigorous testing and the incoming vaccine, will help to put this awful business behind us. Though I would certainly question the cost, both in financial and human terms, of the delays to production. If you’d like to hear me talk about this subject on BBC Radio Nottingham, the interview can be found here: